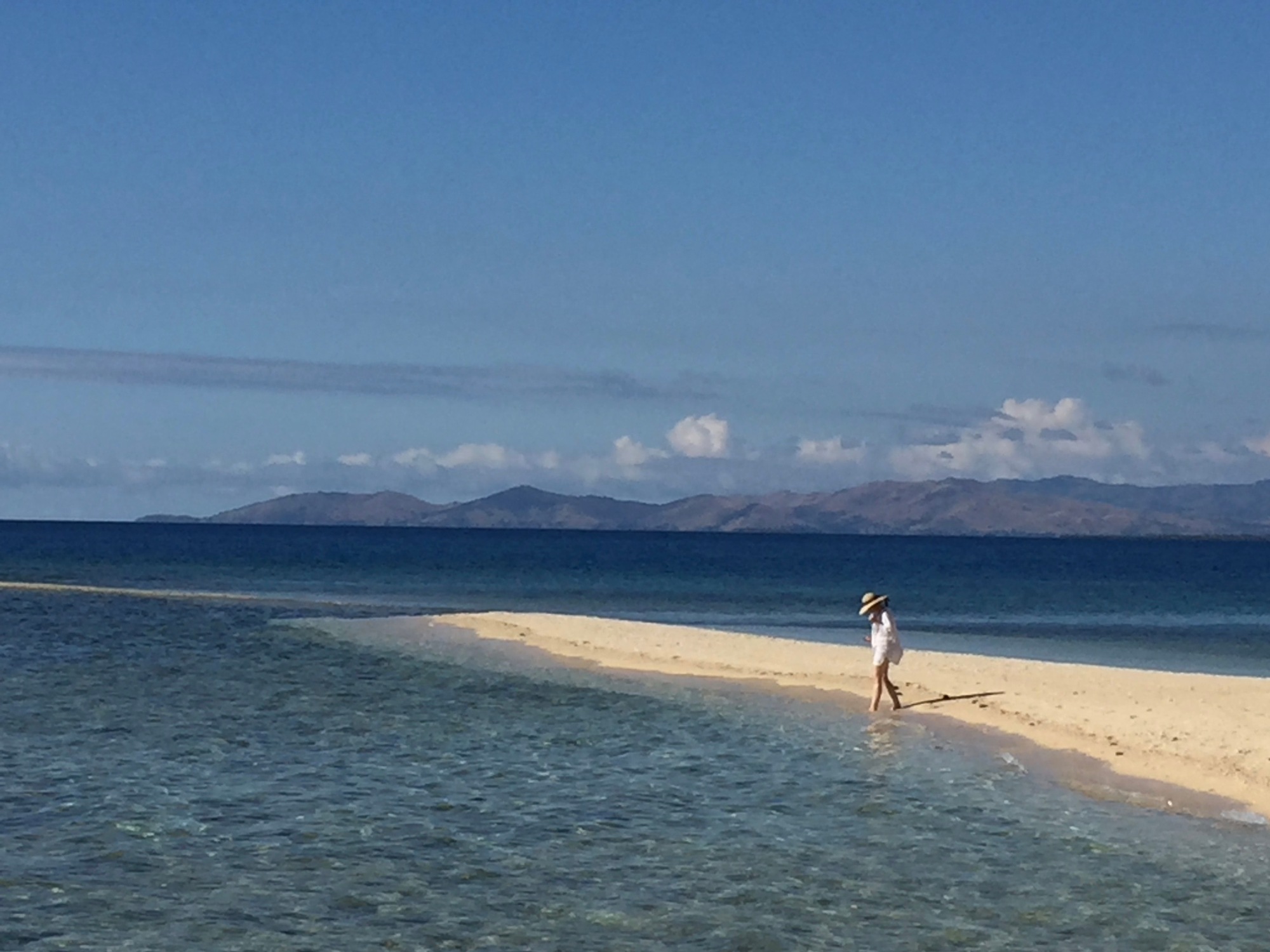 There is so much to tell right now. I am back from a trip to a cancer center that was unlike any medical experience I’ve ever had (more about this tomorrow). I sat with Aidan today as he passed his Learner’s Permit driving test and I’m feeling the changes in my life mount. I have the sense that most of the pieces of my life are being thrown in the air again. But first, I’ll tell you a story from a few weeks ago when we were in Fiji.

Michael and I woke early on Aidan’s 16th birthday to have a dive before he awoke. We tiptoed out of the little bure we were sharing with him and headed to the dive centre. We let the people there know that we wanted a single dive rather than a double one because we wanted to be back by the time Aidan woke. Because they knew what I like, the dive masters conferred and then picked a dive where we were most likely to see turtles. I am wild about sea turtles—they signify luck and laugher and delight to me. While we had seen a massive green turtle on our first dive, we were keen to see one more before we had to leave Fiji to come back to freezing New Zealand.

The sea was surprisingly choppy once we got outside the reef. Michael and I (along with the father and son who were diving together and the dive master for our dive) suited up on the tiny boat. Michael and I joked about trading air cylinders. Mine was slightly more than 200 bars; his was slightly under 200, and I’m the lighter breather. We decided it was too much bother, though, and kept our own tanks. The five of us rolled backwards into the high swell and sunk down along a steep coral wall vibrant with hard and soft corals and dozens of different kinds of fish. We swam near the top of the wall for a few minutes at about 12 meters. I glanced at my air gauge. Still more than 200 bars. I was a light breather for sure! Our guide signaled for us to head deep down and peer into a cave that was known for its sharks. We dove down to 24 meters to check it out. I poked my head in a little but without a light decided not to venture inside. No sharks. When we came up, I glanced at my air gauge again. Still more than 200 bars. This now looked less like a skill and more like a broken gauge. Michael and I swam up to our guide, and showed him the gauge. He hit it to try to get it to move. Nothing—it was clearly broken. So he grabbed the attention of the other two divers and ended the dive. We surfaced slowly without seeing a single turtle. The end of our Fiji diving for this trip.

I share this story because it’s laden with symbolism for me.

First was my arrogant sense that the low oxygen usage was a skill rather than an accident. It has made me wonder about the ways I often misattribute the circumstances of my life to my talents when really, they’re just a series of rolls of the dice that have come up this particular way.

The second was the knife’s edge we humans live on all the time between life and death. On this dive, we weren’t so deep, and there were others around me who had oxygen left in their tanks in case I ran out. But there are dives where a broken gauge can be deadly. Here I am, working so hard to keep cancer from killing me sometime in the future, and each day there are opportunities for something else to kill me fast—for something else to kill any one of us fast.

And the third is not about the gauge at all, but about the missing turtle. This dive, as many others, offered me a choice. To my right was a steep coral wall with undulating purple soft corals, knobs of pink-tipped corals, long curling whips of yellow. In amongst the coral were fish in jewel tones. I saw a tiny pink octopus swirling like lace before settling on a piece of coral and disappearing. Clouds of iridescent fish emerge from the coral and then hide back into it in an instant. It is a riot of color and beauty, every second a new delight.

I looked to my left out into the blue. There the sea floor is endlessly below us, the water cobalt shading into a navy so deep it was almost black. In that direction, there is mostly nothing but empty space as far as the light penetrates. But sometimes out in the blue there are sharks. Sometimes rays fly by like slow-motion eagles. And sometimes there are turtles.

Look to the right and be always rewarded by the small beauties but miss the rare but stunning giants of the sea. Look to the left and miss the octopus and the clownfish. Turn and try to see both and miss it all.

I am not sure what this metaphor is trying to teach me. Like the turtles, the meaning is just beyond my sight out in the blue. But I’m sure there is something in this, something I need to pay attention to somehow. We need to keep our eyes on both the marvelous tiny beauties of our lives, and also remember to turn our heads out towards the mysterious frontier where the big and unexpected possibilities swim. And all the while, we need to remember to be grateful for the luck that has us breathing deeply at another dawn.

One thought on “Undersea”